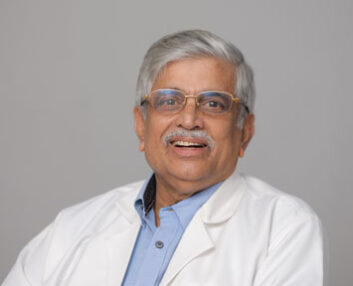 Dr. K.K. Gopinathan is a pioneer in the field of Assisted Reproduction in India with an experience of 45 years in Obstetrics & Gynaecology. He is the Founder, Chairman of CIMAR and Executive Director of Edappal Hospitals Pvt Ltd. He was born in a noble family to father Mr. Kannoly Karunakaran, retired government servant and mother Mrs. Sarojini Karunakaran, retired DEO, on 1st October 1949. In pursuit of wellness and compassion for others, Dr. Gopinathan found his passion in medicine when he entered the medical school. His decision to choose a career in Obstetrics & Gynaecology was greatly influenced by the virtues instilled by his family. He earned his Bachelor of Medicine and Bachelor of Surgery (MBBS) from Jawaharlal Nehru Medical College, Belgaum in 1974. After graduating, he completed DGO and MD (Obstetrics & Gynaecology) from Kerala University in 1978. He is a specialist in Infertility, Laparoscopy, Gynecology, Obstetrics, High Risk Pregnancies and Mentoring. As a renowned Obstetrician and Gynaecologist, his experimental and research-based approaches in medicine have been an effective solution to the growing infertility.

In the year 1985, while working as a Gynecologist & Obstetrician in the government sector, Dr. K. K. Gopinathan realized the growing need for quality health care in remote areas of Kerala. Driven by his desire to serve mankind better, he and few of his friends decided to establish a multi-specialty hospital in the strategic town of Edappal. Edappal hospitals kicked off its services since 1990 and he has served as the Chief Consultant and Director of the Hospital.

Under the guidance of Dr. K. K. Gopinathan, CIMAR (Centre for Infertility Management and Assisted Reproduction), the first IVF centre of northern Kerala was launched on September 1996 as a project of Edappal Hospitals Pvt. Ltd. CIMAR Fetomaternal unit commenced in 2000 with facilities for Genetic Lab, level 3 Ultrasound scanning and management of High Risk Pregnancies under his leadership. MOM Birth Centre an initiative from CIMAR committed to provide caring, warm and homelike environment to celebrate the journey of motherhood and childbirth was another milestone in his career. He has carried out more than 50,000 Laparoscopic Surgeries including sterilization and has supervised over 100,000 deliveries.

Dr. Gopinathan is passionate towards assisting young people in achieving excellence and realizing their full potential. The Federation of Obstetric and Gynaecological Societies of India (FOGSI) has recognized him as a trainer for advanced Infertility, Ultra sound and Laparoscopy and has also endowed him with FOGSI AWARD for Best Infertility Trainer in the year 2017. He is acknowledged by National Board of examinations as Course Director for DNB (equivalent to MD Gynecology), FNB (High Risk Pregnancy and Perinatology) and FNB (Reproductive Medicine). Influencing career paths in medicine through mentoring and encouraging the next generation of physicians, CIMAR is the only private hospital in India to run the 3 courses under the same roof.

Working with tremendously strong and resilient young adults, his Contributions to Mentoring and Innovation in the Field of Obstetrics, Gynaecology and Infertility has been honored with GOAL MENTOR AWARD from Gynecology & Obstetrics Advanced Learning and Harvard Medical School in 2010. He has been conferred with other Awards and Accolades which includes THE LIFE TIME ACHIEVEMENT AWARD from Kerala Kaumudi in 2020, BUSINESS WIZARD AWARD in 2011 and GOLD MEDAL for Best Paper Presentation.

Dr. Gopinathan, the man behind the first ICSI baby of Kerala, first PGD and IMSI baby of South India, is also identified as the first Laparoscopic Surgeon of Kerala State Health Service and has conducted numerous Laparoscopic sterilizations all over Kerala as part of the Central government Mass Sterilization Program. He has been titled with various positions for his explicit medical life and has been elected as the President of ISAR (Kerala Chapter) Indian Society of Assisted Reproduction recalling his proficiency in the field of Obstetrics & Gynaecology. As a doctor and researcher, his contribution to the International Journal of Infertility and Fetal Medicine, “Fertility Scoring Index: CIMAR Novel System to Predict Assisted Reproductive Technology Success” is remarkable and has published numerous articles and research papers exploring the new possibilities in the field of Infertility treatment.

The Regular presence in National & State level Conferences like AICOG, ISAR Conferences, IAGE Conferences, DAKSHIN Conference and International conferences such as ESHRE, ASPIRE has facilitated for tangible and credible associations for him. The professional affiliations throughout his investigative journey uphold values and services to provide quality patient care and safety. His significant associations include Member of European Society of Human Reproduction and Embryology, Member of American Society for Reproductive Medicine, Member of Federation of Obstetric & Gynaecological Societies of India.

TRAINING PROGRAMS UNDER HIS LEADERSHIP AT CIMAR

Numerous awards and recognition have been bestowed upon him for the incredible journey in medicine. 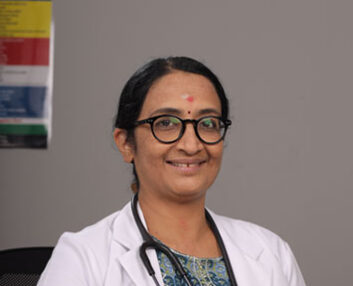 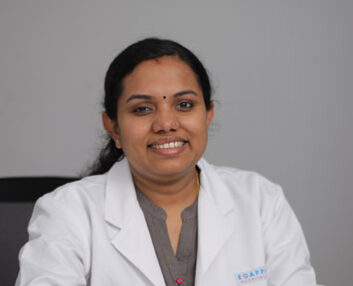