Home | Fibroid: What every woman must know 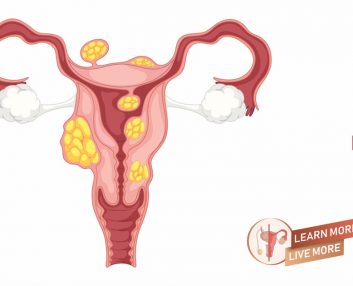 Fibroid: What every woman must know

There is hardly a woman who doesn’t feel a wave of terror when she is told there is a fibroid in her womb. Fibroid are most frequently seen tumors of the female reproductive system. They are non-cancerous growths that develop in or around the womb. The growths are made up of muscle and fibrous tissues and vary in size. It is estimated that between 20-50 percent of women of reproductive age have fibroid, although not all are diagnosed.

Most women with fibroid experience no symptoms. But for 25% of women, some symptoms will occur. In those that do, symptoms can be influenced by the location, size and number of fibroid. Typical symptoms include heavy menstrual bleeding, menstrual periods lasting more than a week, pelvic pressure or pain frequent urination, difficulty emptying the bladder, constipation and backache or leg pains.

The causes to uterine fibroids are still undetermined but researches point out to these factors. Many fibroids contain changes in genes that differ from those in normal uterine muscle cells. Estrogen and progesterone, two hormones that stimulate development of the uterine muscle lining during each menstrual cycle in preparation of pregnancy, appear to promote the growth of fibroids. Fibroids contain more estrogen and progesterone receptors than normal uterine muscle cells. Fibroids tend to shrink after the menopause due to decrease in hormone production.

Substance that helps the body main tissues, such as insulin-like growth factor may affect fibroid growth. The growth patterns of uterine fibroid vary –they may grow slowly or rapidly, or they may remain the same size. Some fibroid go through growth spurts, and some may shrink on their own.

If your mother or sister had fibroids, you are at risk of developing them. A recent study in the journal of women’s health revealed that young Afro-American women (29-39) suffer the most complications from uterine fibroids. Seventy to eighty percent of African women will develop uterine fibroids by the age of fifty.

Onset of menstruation at an early age, use of birth control, obesity, vitamin D deficiency, having a diet lower in green vegetables, fruit and diary and drinking alcohol appear to increase your risk of developing fibroids. Although uterine fibroids usually aren’t dangerous, they can cause discomfort and may lead to complications such as anemia from heavy blood loss.

Can fibroid be prevented?

Little scientific research is available on how to prevent fibroids. Preventing uterine fibroids may not be possible, but only a small percentage requires treatment. But, by making healthy lifestyle choices, such as maintaining a normal weight and eating fruits and vegetables you may be able to decrease your fibroid risk.